Guo Pei chose to celebrate a few animals in particular—elephants, cheetahs, zebras, and giraffes—because they’re “the most energetic and powerful” in the savannah

on July 10, 2020
Guo Pei titled her couture collection Savannah, after the grasslands in Africa. 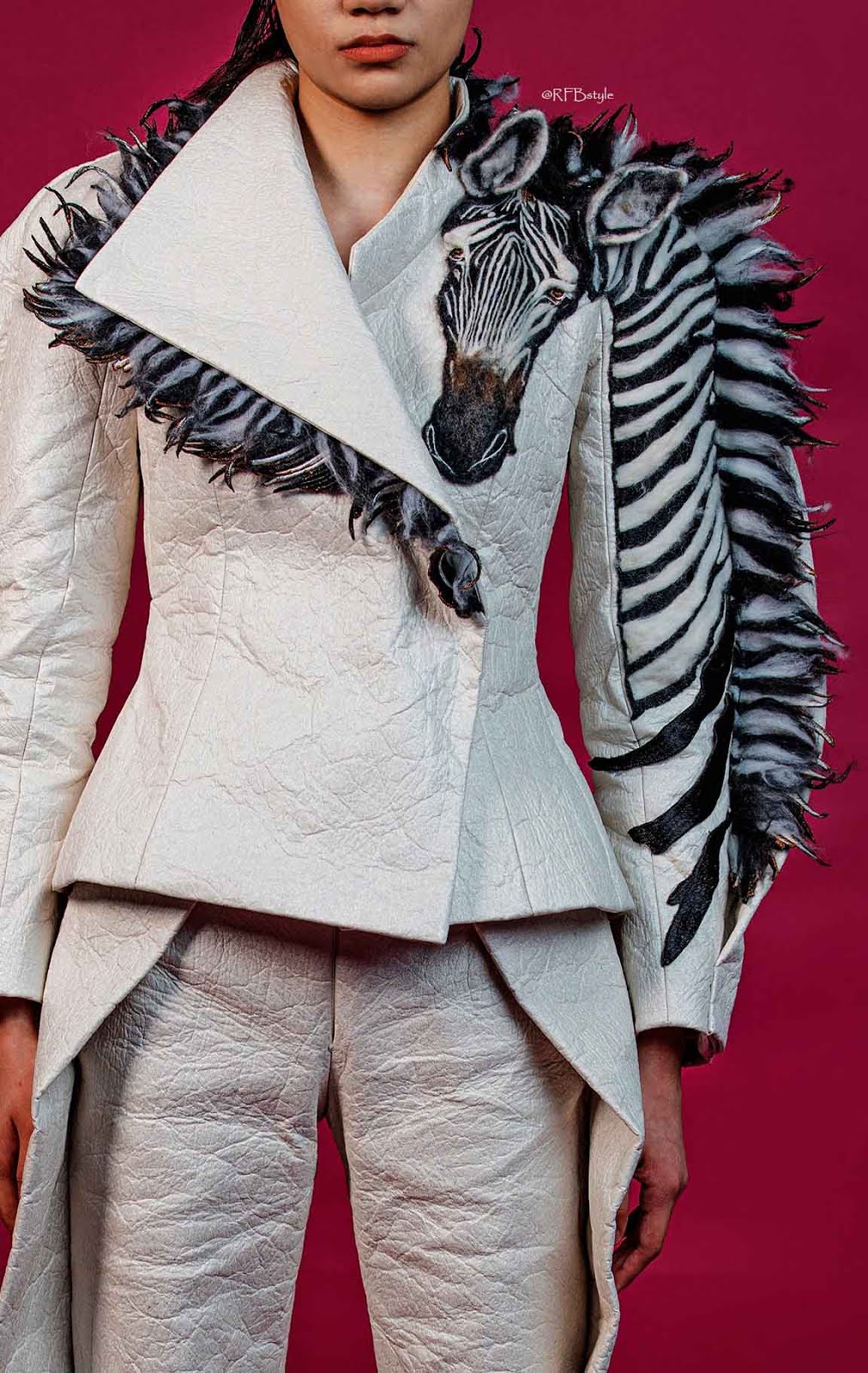 On a call from Beijing, she said she was inspired by the savannah’s unity and balance; it’s home to an incredible diversity of plants and animals living in harmony, often with little exposure to humans. “Animals, plants, humans, everything that has life on this earth is equal,” she said. “We should all love and care for each other.” 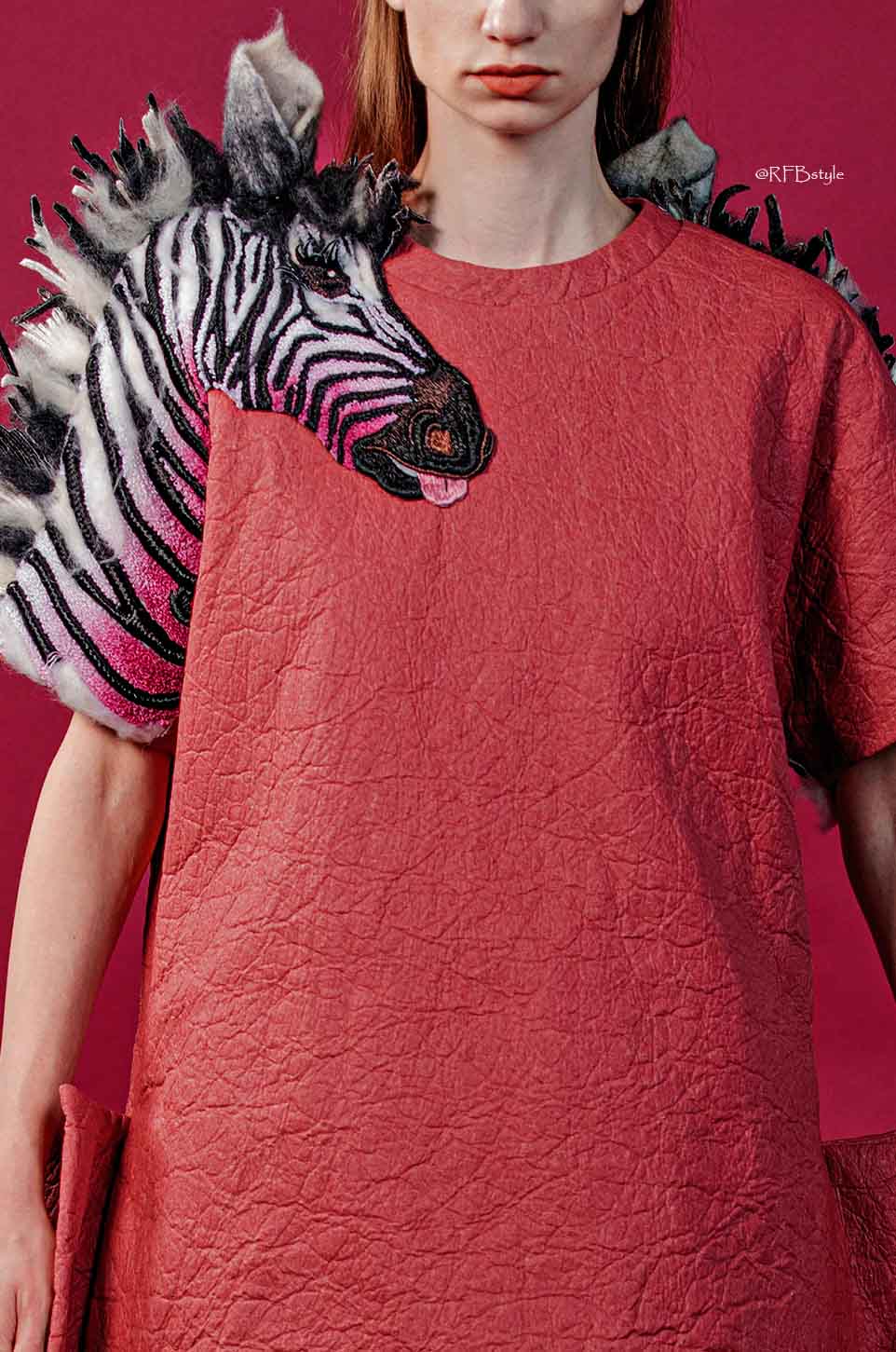 Pei chose to celebrate a few animals in particular—elephants, cheetahs, zebras, and giraffes—because they’re “the most energetic and powerful” in the savannah. In a quite literal interpretation, she transposed their likenesses directly onto her clothes: A graceful cheetah was felted and embroidered onto a black dress; a jacket with grassy fringe was intricately hand-stitched with a landscape of giraffes and acacia trees; a zebra’s head curved around the neck of a raspberry top, its striped mane fanning out at the shoulders; and, a bit disconcertingly, an elephant’s face was sculpted into the back of a crinkly gray jacket, its 3-D trunk furling out just above the model’s backside. 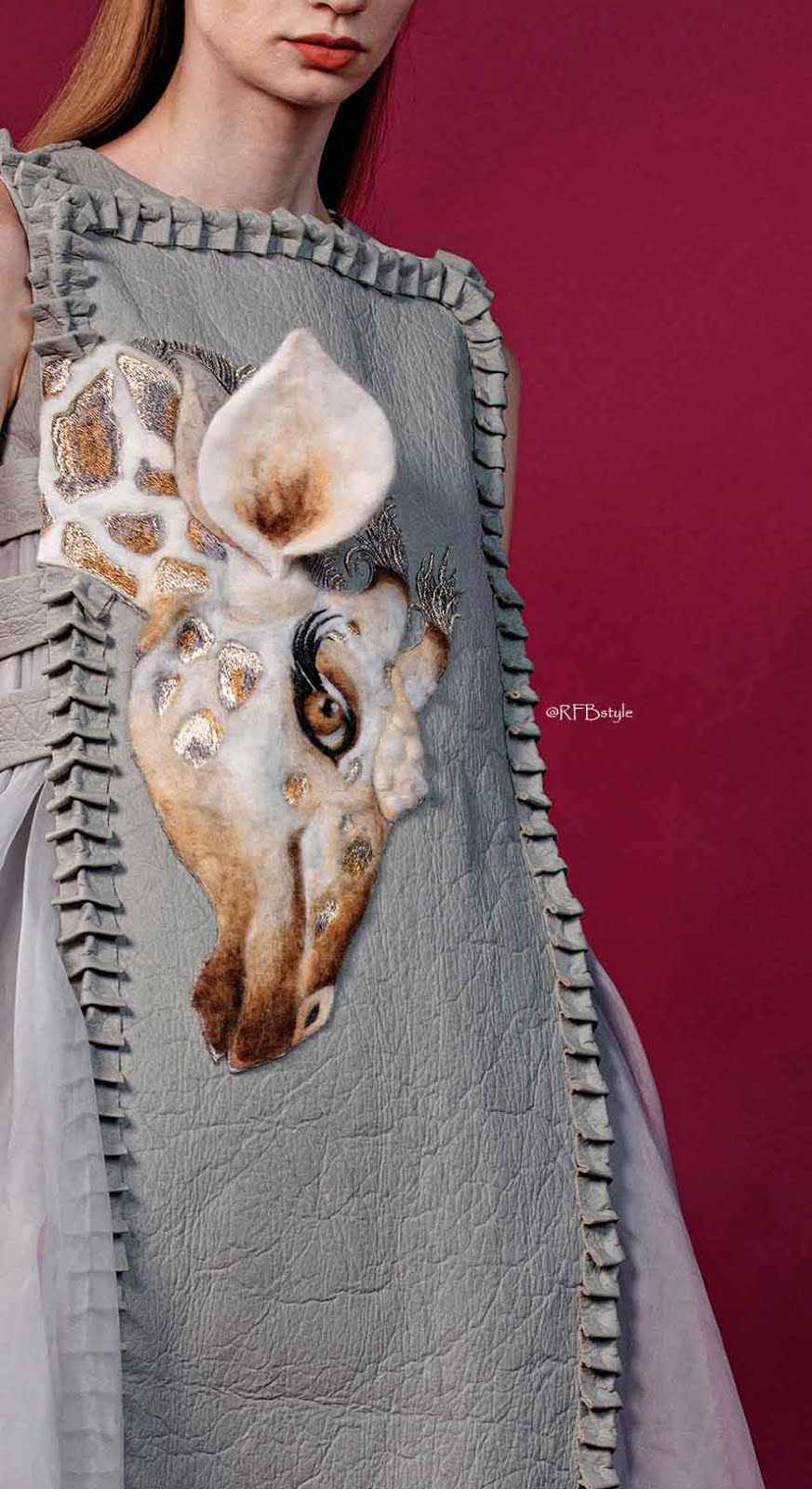 The tail-like effect will deter some women, and the scale of the animals on other pieces—like the finale dress, a bubble mini with two giraffes reaching for the model’s face—lacked subtlety. But it has to be said that the craftsmanship is exquisite: Pei’s behind-the-scenes video documents her Beijing atelier transforming little tufts of wool into the stunningly detailed animals via hand-embroidery and needle-punching, a technique she introduced for the first time this season. It’s also worth pointing out that Pei chose not to use animal hides in her homage to the savannah; the material you see here is actually Piñatex, a leather alternative made from pineapple leaves. 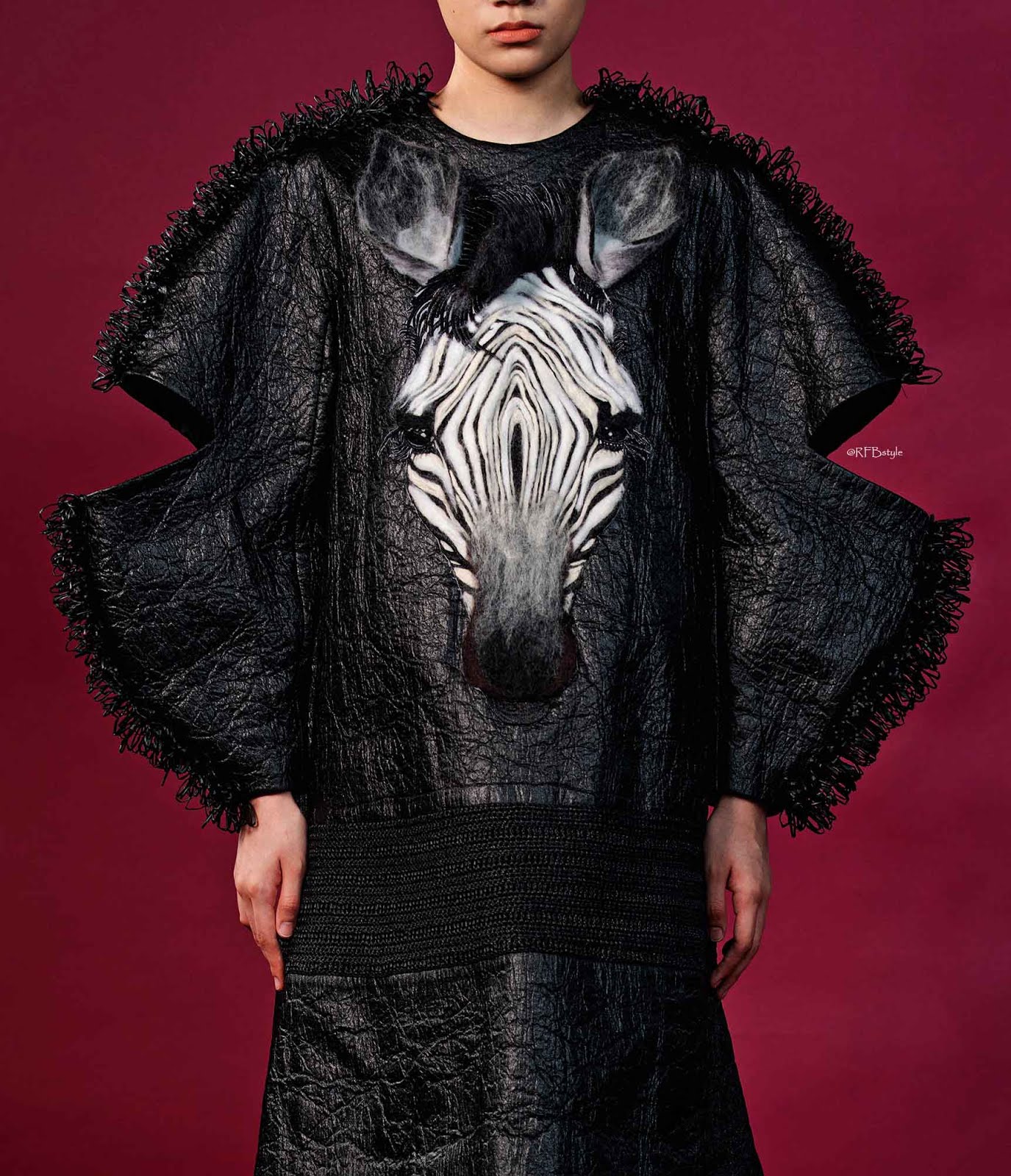 Good intentions aside, Pei’s feelings about unity and love will be clouded by what many will perceive as appropriation. In light of the Black Lives Matter movement, the idea of a designer being “inspired by Africa” feels categorically tone-deaf—and the models’ tribal makeup doesn’t help. More glaringly, none of Pei’s models are Black. (She said her dream was to cast women from all over the world, including Africa, but the pandemic made it nearly impossible.) She no doubt began working on this collection months ago, long before the killing of George Floyd, but that doesn’t change much. Fashion has moved away from its old habit of cherry-picking references and motifs from different cultures; lifting species out of Africa for a couture collection made thousands of miles away, without Black models or decision-makers, would have felt problematic no matter the circumstances.

Due to time constraints and a lack of a physical show, Pei said her vision doesn’t feel complete and plans to release a second installment in January. She might spend the next few months refining her message and figuring out a better way to communicate it through the clothes. She should consider how she might be able to give back, too; maybe a percentage of proceeds could go towards protecting these animals—they’re all either endangered or vulnerable—or she could donate to climate change efforts. Parts of Africa are experiencing the effects of global warming, including rising temperatures, draughts, and desertification. (vogue.com) 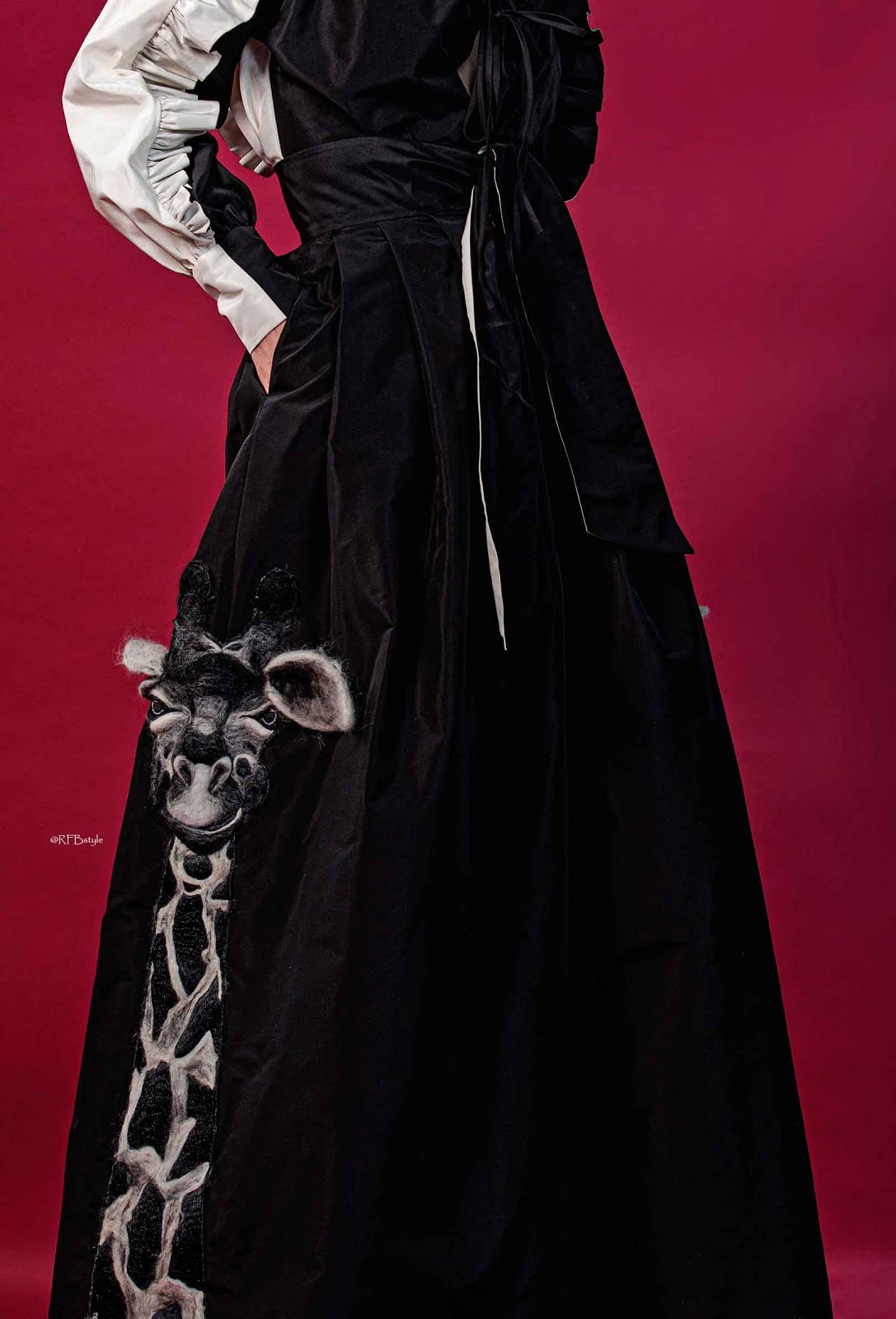 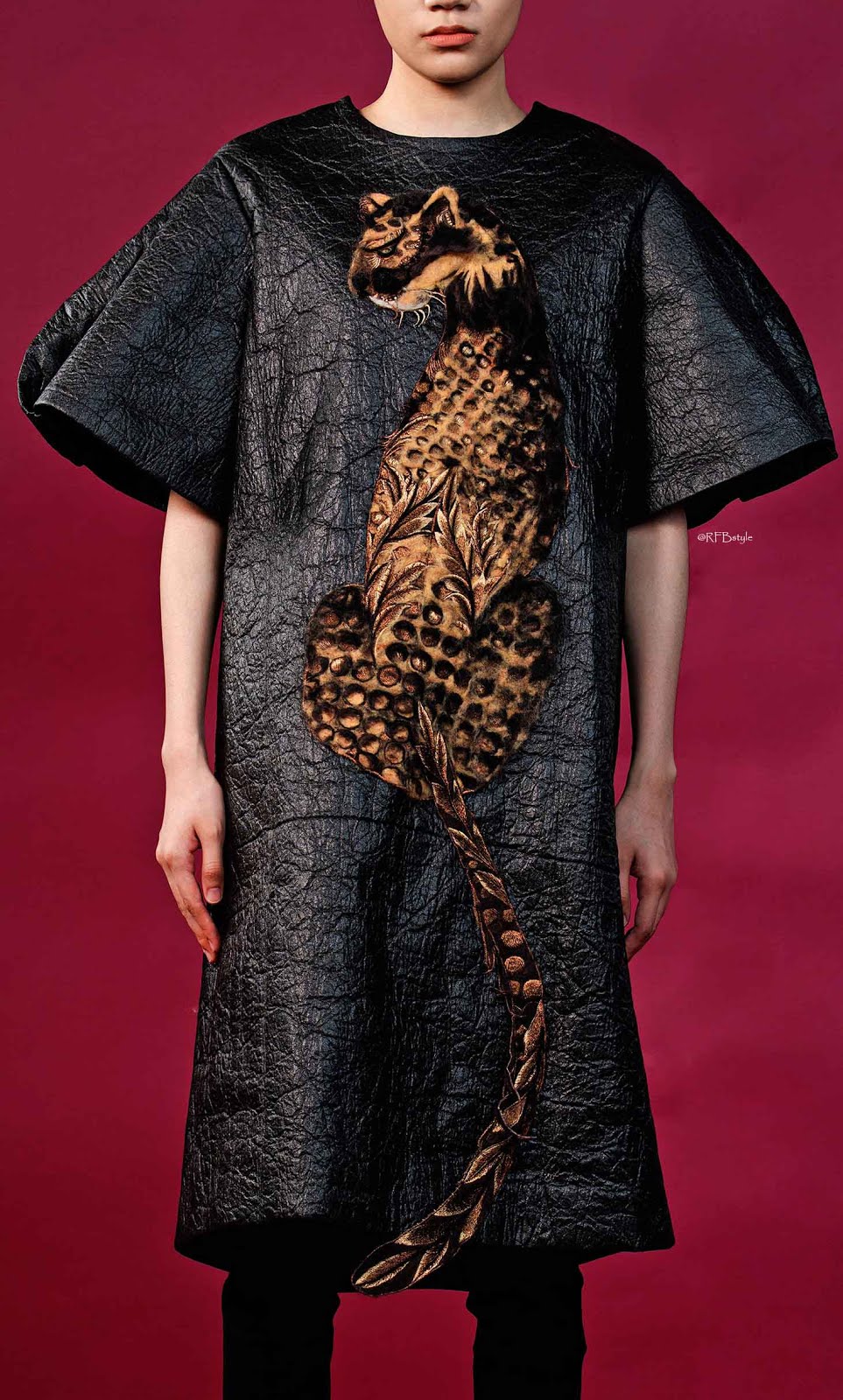 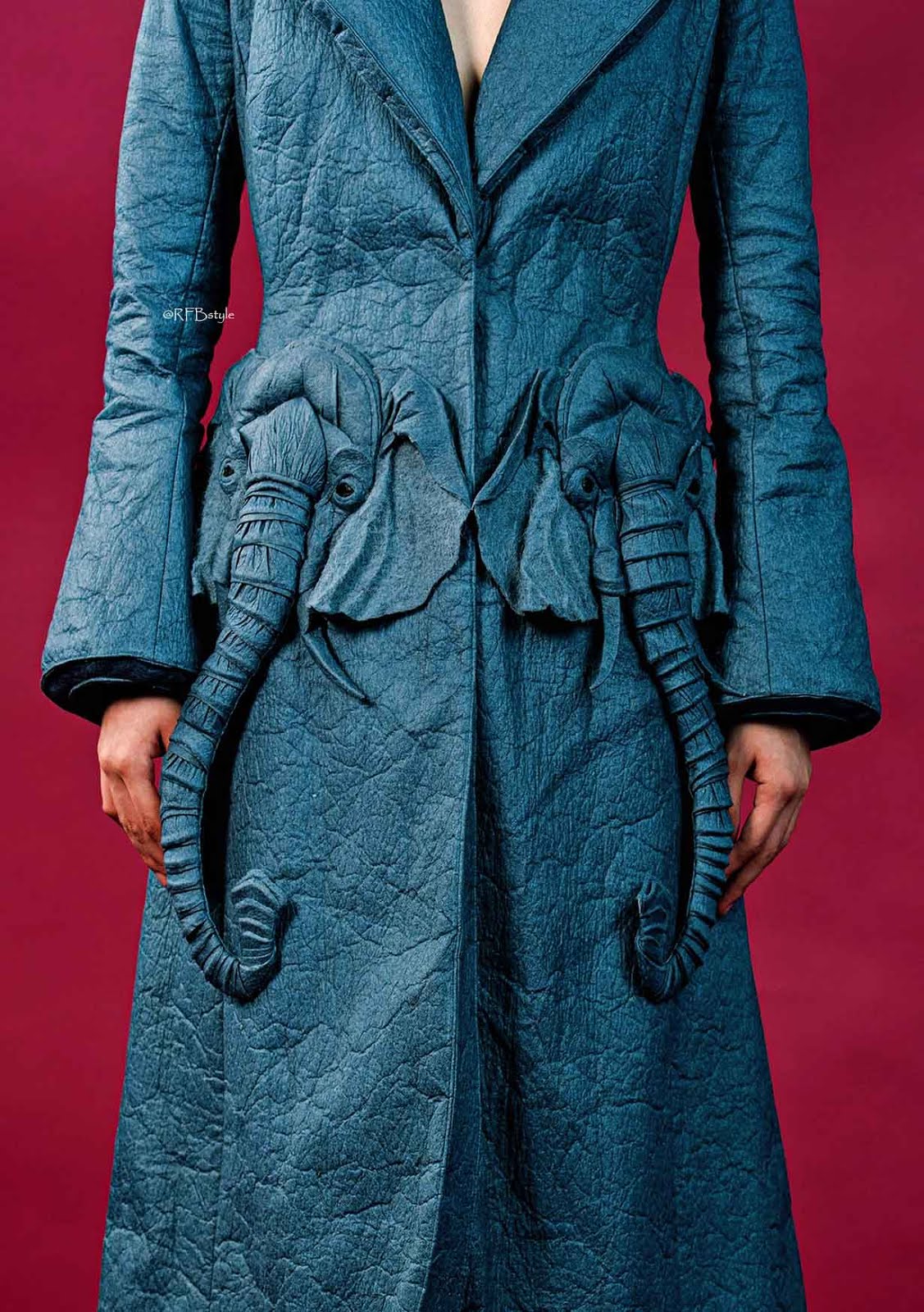 Over the course of 124 looks, the designers touched on all the elements of their chosen theme and then some, starting with safari suiting (minus the pinup girl patches of their recent men’s collection, which covered the same territory) and cycling through animal and tropical prints, scarf dressing, and resort-wear designed for lounging poolside but absolutely too special to actually swim in. The jungle has been a big topic of this Milan season—everyone from Giorgio Armani to Donatella Versace has weighed in. Where Dolce & Gabbana’s collection stands apart is in the extraordinary craftsmanship on display. Apparently, the raffia pieces from the June menswear show were so successful with clients they redoubled their efforts here. Crocheted, woven, or embellished with crystals, they were surprisingly soft to the touch, not at all scratchy as might be expected. Just as supple, if not more so, was a crocodile skirt suit, the pieces of which were constructed like a puzzle or

A masterclass in gown-making, these Çırağan Couture embraces volume over function, creating a fairytale-inspired profile for modern-day women.

Inspired by Origami, these Matan Shaked gowns are ethereal offering from the brand's new bridal collection. Designed with a flattering, figure-skimming silhouette and finished with a layered tulle hem, it is a vision of dramatic volume and the romantic movement. Detailed with ruffled seams and a high neckline, crystal flower buttons to the reverse add a premium finish for the big day.