Backstage before the show, the designer said that, as a scientist at heart, he’s always intrigued by worlds within worlds. Rahul Mishra has been steeping himself in the Netflix series “Cosmos,” which led him to ponder infinity, both without and within. Backstage before the show, the designer said that, as a scientist at heart, he’s always intrigued by worlds within worlds.

“Obviously the cosmos is very, very vast, and the first thing that came to mind was going interstellar. But what I wanted to do is look down below and look at the seas,” he said, quoting an ancient saying that goes “what is outside is inside you.” In the collection notes, he developed that thought further, touching on the Sanskrit statement “Aham Brahmasmi” (“I am the cosmos”) and the thin barrier—ie, physicality—that separates us all from other “vast and bewildering” realities.

On the runway, those currents translated into an excursion down “the river of time”—to Atlantis, for example—on dresses that swept up jellyfish and other creatures from the deep and mixed them with planetoids and stardust on shimmering, sequined evening gowns. Meanwhile, mortal constructs, like skyscrapers, were turned upside down to create feather-like layers, as. if viewed through the convex lens of some satellite far, far away. What appeared to be jawbreaker-sized gold beads were, in fact, ladybugs, one of several jewel embellishments developed with a specialized bronzesmith because, Mishra said, “a ladybug is a world unto itself.”

Most mind-bending of all were the phenomenally intricate embroideries—fins, fronds, whorls, and waves—produced by more than 1,000 artisans from Indian craft communities. The designer noted that he selects them mindfully, in keeping with Gandhian philosophies of circular design and cultural sustainability. A dress like the opening look might be made 50 times over, he explained, which illustrates why the designer hopes to expand his roster of artisans a thousand fold—yes, that makes one million—in the years to come. In any case, the untold thousands of hours required to produce more than two dozen imaginary dreamscapes was abundantly evident.

Amid the backstage rush, celebrity stylist Law Roach popped by to praise the looks and the emotion behind the show. “This is not where you go for a little black dress,” he quipped. That may be the understatement of the week. But it inadvertently raised a point. Now that the fashion world knows what Mishra is capable of, a little distance and a lighter touch would probably work wonders to expand his galaxy beyond red carpet moments memorialized as two-dimensional posts, by bringing him into the real world. 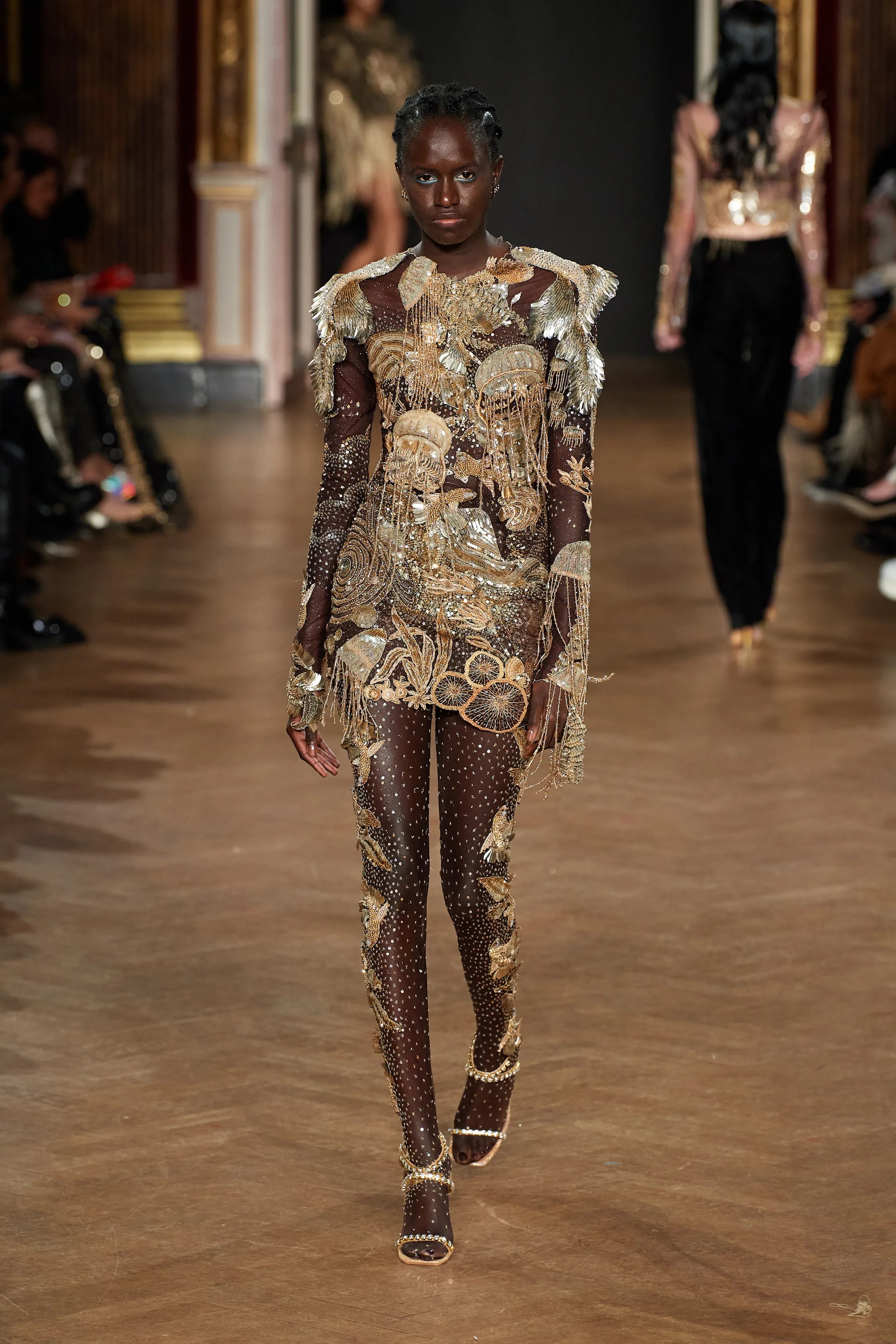 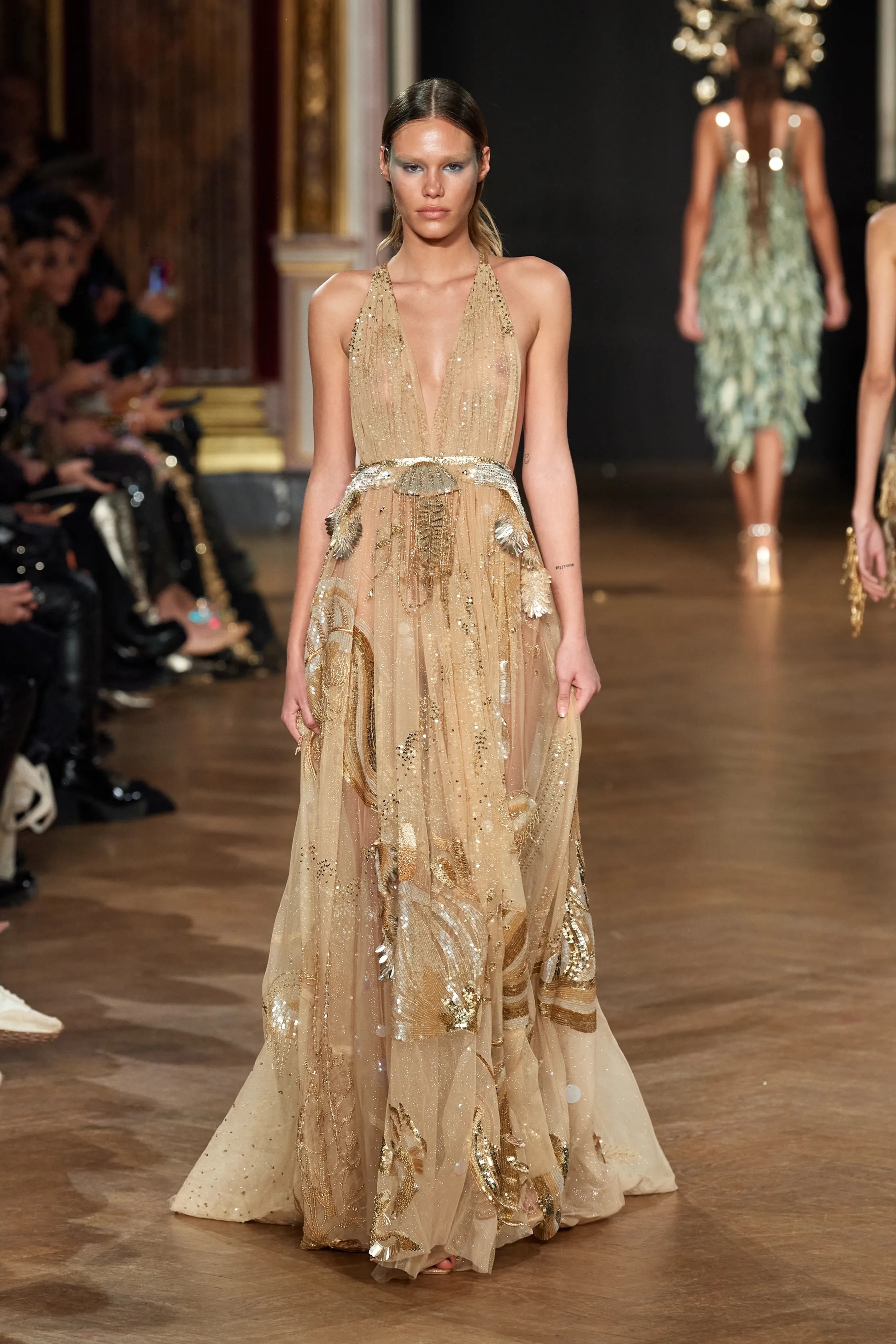 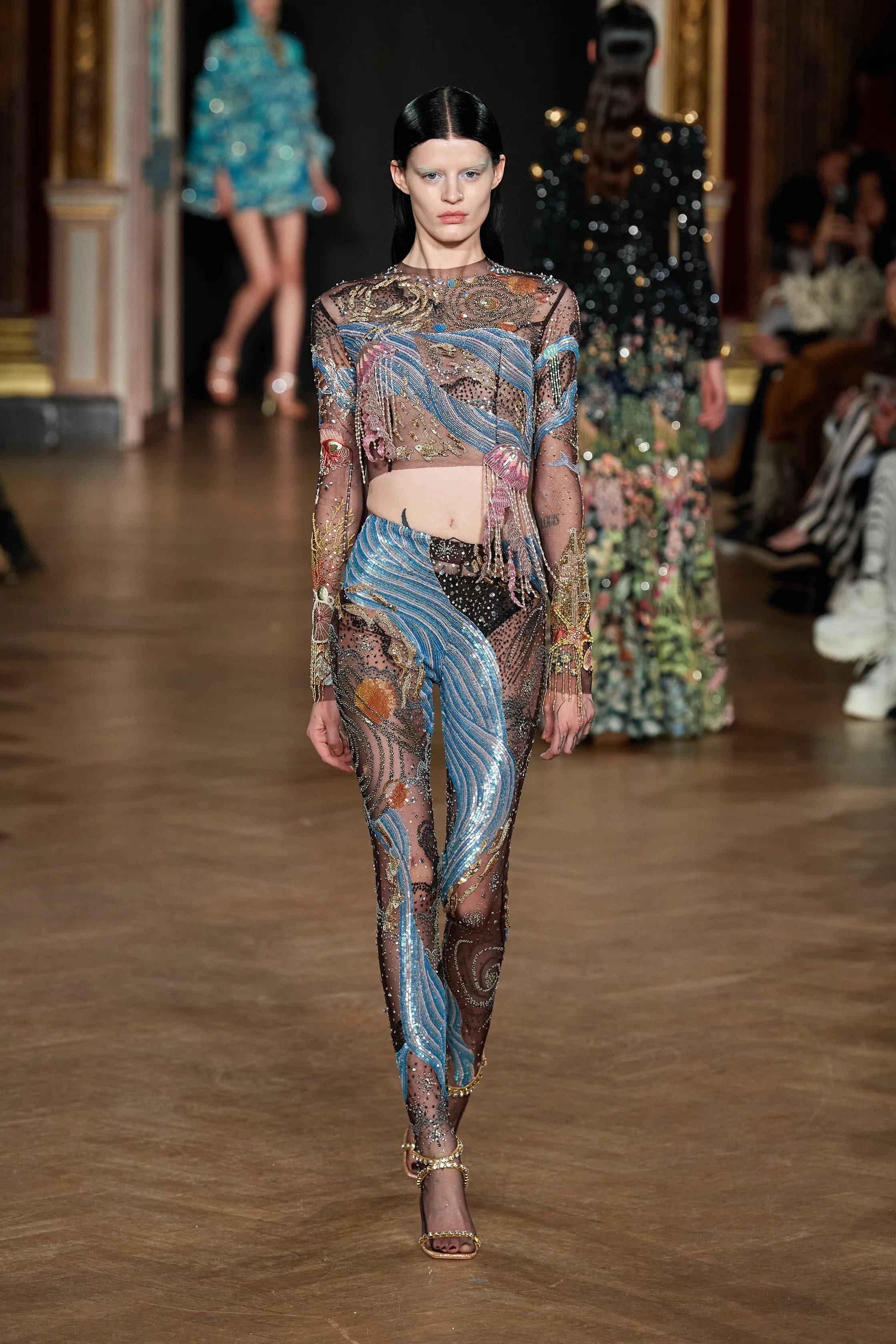 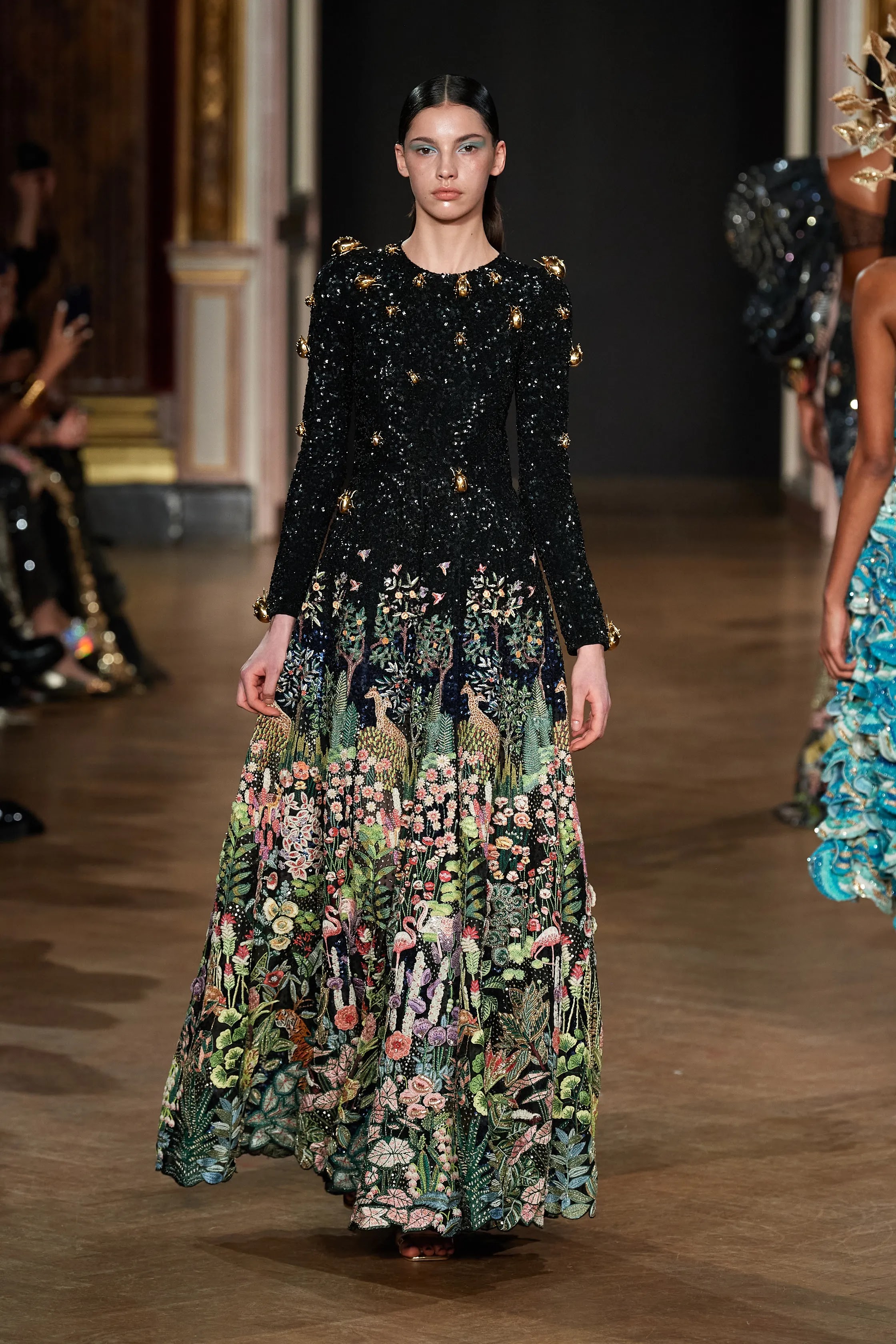 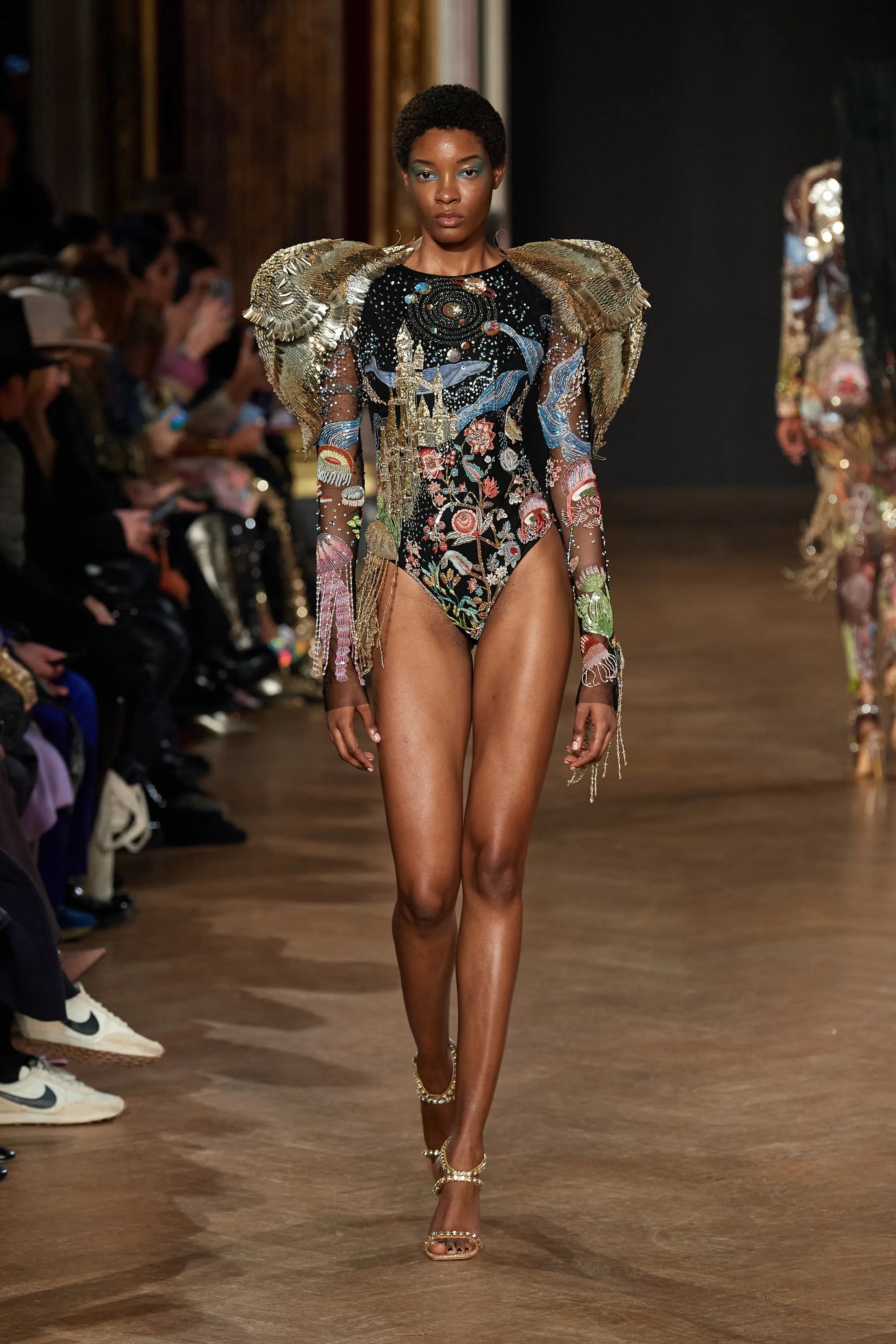 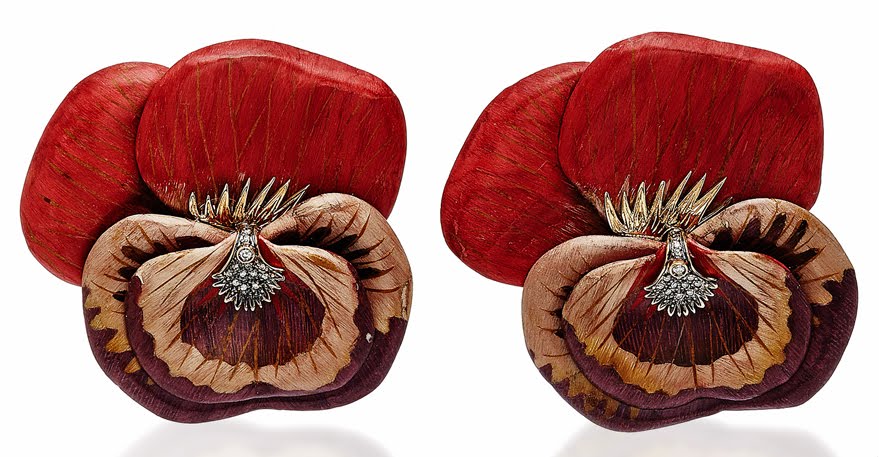 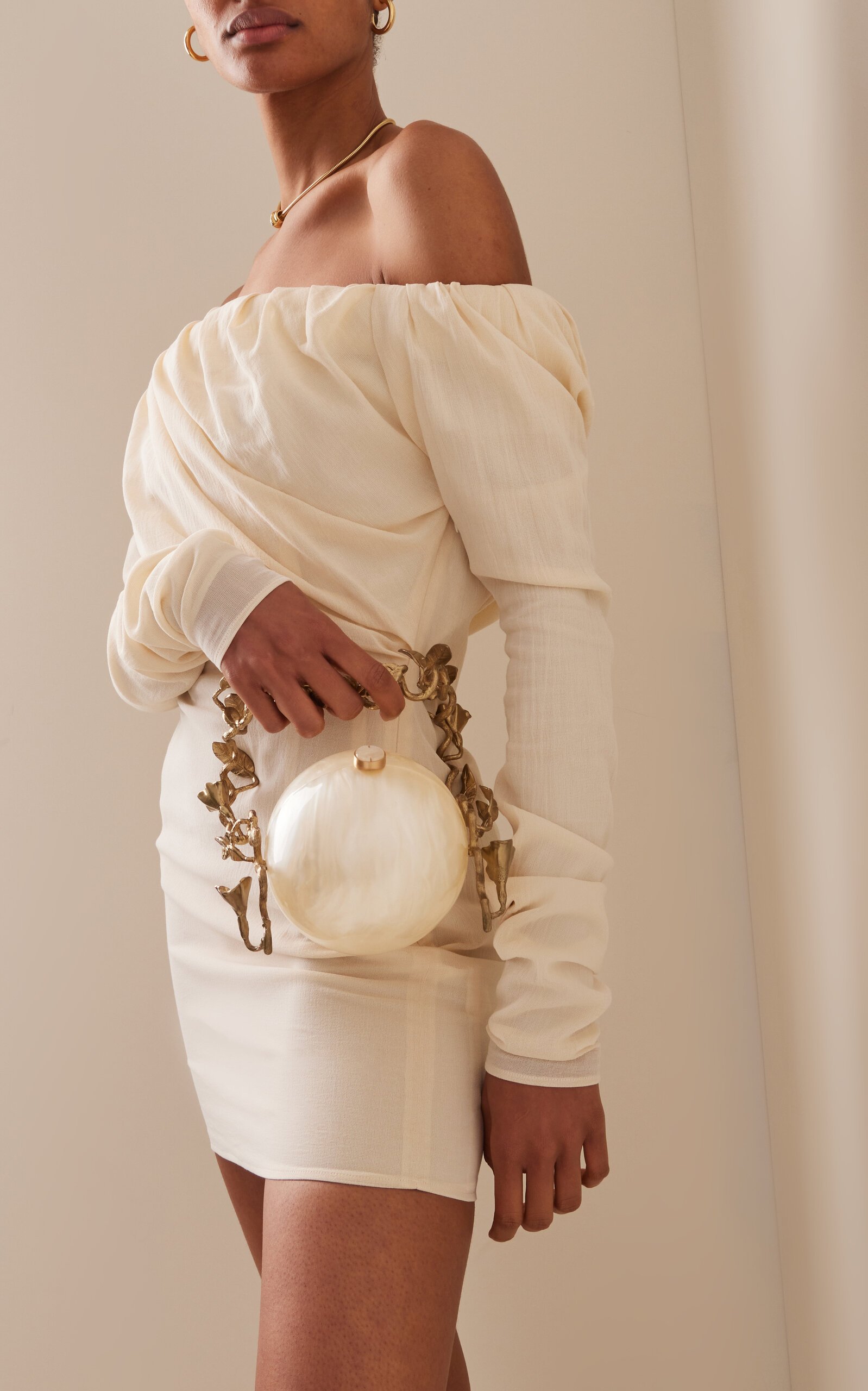 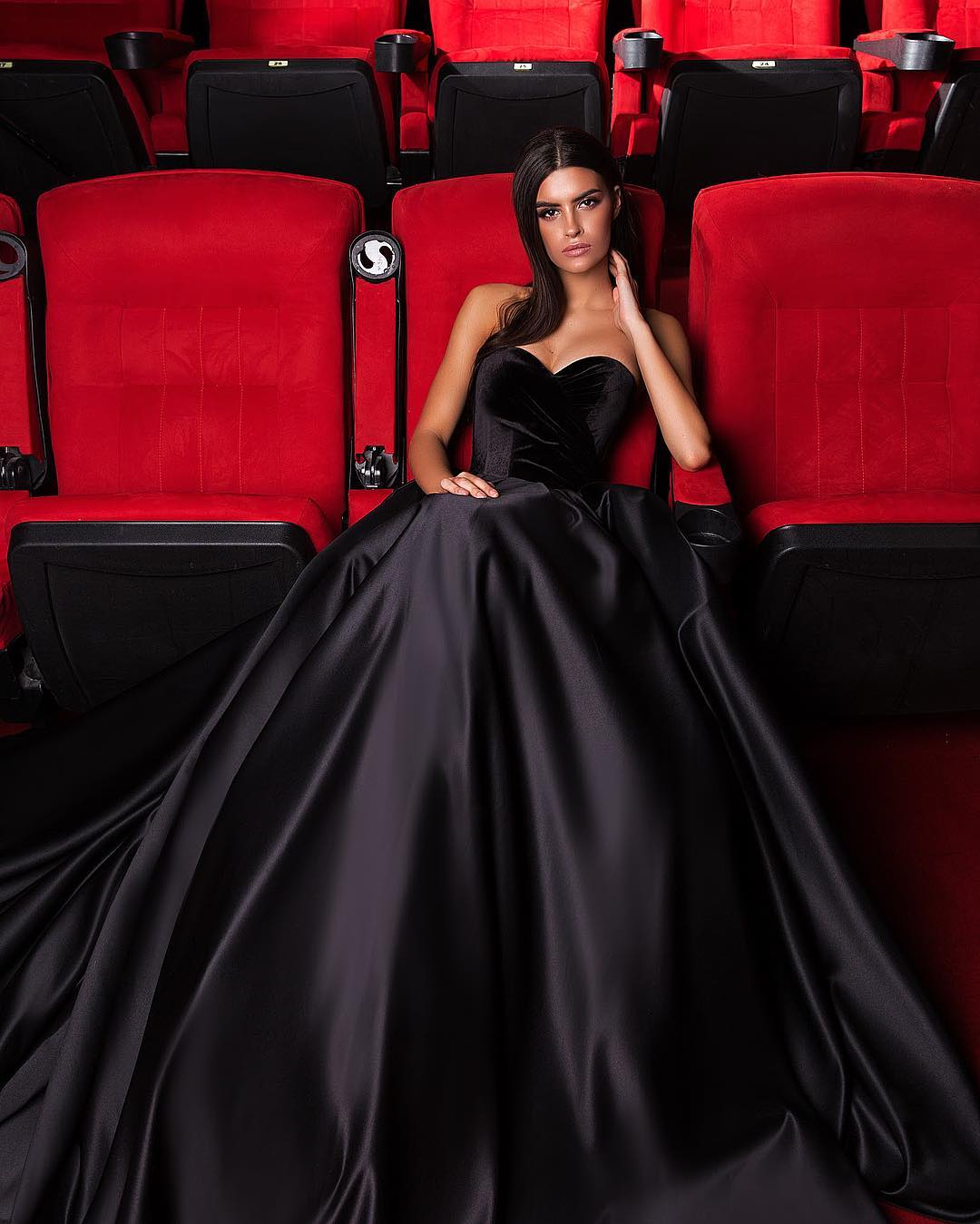